Each of us can create at least one Change for Equality
With Ebru Nihan Celkan, Turkish Author and Director
(in english)

Due to limited places, please register until April 01st, 2019 at gender-workshop@adk-bw.de

Women and girls represent half of the world’s population and therefore also half of its potential. But, today gender inequality persists everywhere and stagnates social progress.

The world is at a turning point.
People everywhere understand and support the idea of gender equality. They know it’s not just a women’s issue, regardless of where you live in, it’s a human rights issue.

Gender equality is a fundamental human right.
Advancing gender equality is critical to all areas of a healthy society, from reducing poverty to promoting the health, education, protection and the well-being of girls and boys.

The Gender Equality workshop is an interactive workshop developed to integrate women’s social life into every aspect of life, and to understand both the conceptual framework and how it affects our lives. It is possible and necessary to organize the daily life and all the socialized areas in accordance with the Gender Equality. Gender Equality is provided by certain theories and approaches. In this workshop, we will look closely at our subconscious habits to ensure Gender Equality. Through individual and group work, we will shape our habit of speech and behavior.

What is Gender Equality?

How do stereotypes of gender occur?

How to challenge gender stereotypes

Ebru Nihan Celkan was born in Adana in 1979. She graduated from the Şişli Terakki High-School in 1997. She earned a Bachelor’s Degree in Labour Economics in 2001 from Uludağ University and she earned an MBA degree in 2008 from İstanbul University. She started her professional career in 2003. 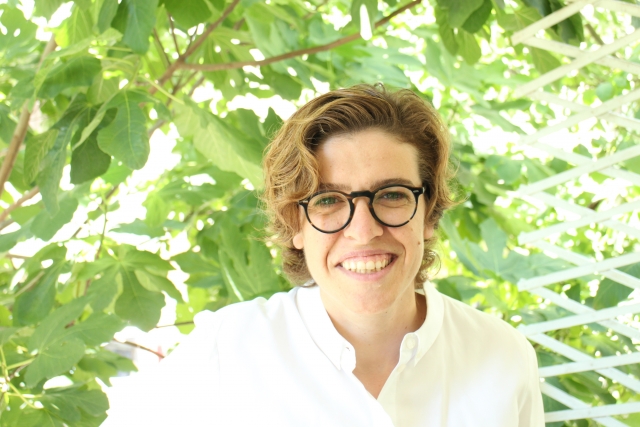 She started acting education in Sadri Alışık Theatre in Istanbul in 2005. In 2006 and 2007, she took parts as an actor in The Good Doctor, a play adapted from Chekhov short plays and stories by Neil Simon, in Jacques Duval’s Tavariş and in Max Aub’s Exemplary Crimes in Sadri Alışık Theatre Festival. In 2007, she wrote the text »From Heaven to Hell«which was staged as a part of the same festival, and she acted the role of the character of »Umut«(Hope) in this play. Between 2007 and 2008, she continued her studies on performative playwriting and performative acting theories with Studio Actors (Studio Oyuncuları).

Triggerman (Tetikçi), which she wrote for the 3rd »Write a Play« project organised by Aksanat (an important space for art and culture in İstanbul), was chosen as the opening play of »Aksanat 2009 Write a Play Festival« and had its first reading at the Talimhane Theatre. In the 3rd Playwriting Contest of Mitos-Boyut Publishing House, Celkan was awarded the »Encouragement Award« for her play Triggerman. The play was published by the same publishing house (ISBN 975746830-4). In 2008, The Triggerman and in 2010 Shells with Surprises (Kabuklu Sürprizli Hayvanlar) were included in the repertoire of the State and City Theatres.

She became the advisor for theatre in the first-year art activities organised by grizine.com in December 2016. She organised the stage readings of book Now You See How It Is My Dear… (işte böyle güzelim…) by Hülya Adak, Ayşe Gül Altınay, Esin Düzel and Nilgün Bayraktar in Kumbaracı50, ikincikat and Edirne Women’s Council.
Her play Tilt was put on stage by VOLT between January-May 2011 in Talimhane Theatre, Kumbaracı50, IKSV Salon and Maya Stage.

She was invited to »Internationally Rising Playwrights« seminar by Sala Beckett – L’Obrador Dramaturgy Institute. She worked with Simon Stephens in a one-week workshop as part of the seminar. Her play Project TX_7 had its first stage reading in July 2011 at the Barcelona Grec 2011 Festival.

Her 2012 play After the Day Nobody Died (Kimsenin Ölmediği Bir Günün Ertesiydi) was staged for 3 seasons in different cities of Turkey as part of Kumbaracı50’s Six Plays/Just Plays Project.

In 2012, her play Where Were We? (Nerde Kalmıştık?) as a buluT production was directed by Mirza Metin. The play was staged at Şermola Performance and SahneHal in the 2012-2013 season.

In 2013, in the 18th Sadri Alışık Theatre and Cinema Acting Awards, Cem Uslu was awarded with the »Jury Special Prize for Young Male Actor« for his role in Where Were We?.

In 2013, Sumru Yavrucuk was awarded the following prizes for her role in After the Day Nobody Died:

In 2014, Celkan wrote and also directed Home! Sweet Home! (Evim! Güzel Evim). The play was staged continuously in İstanbul for two seasons and upon request toured the different cities of Turkey.

In 2015, Celkan wrote and also directed BABEL (Babil). This play. a co-production with Kadıköy Emek Theatre, premiered on December 16, 2015.

Celkan has been running playwriting workshops under the title of »Write for the play« as part of the Notos Atelier since 2016.

Çiyil Kurtuluş, who was one of Celkan’s students in this playwriting workshop, wrote a play entitled A Little Bit Me A Little Bit You (Biraz Sen Biraz Ben) and Celkan produced the play as a buluT production and also directed it.

In 2017 she became one of the four playwrights chosen from around the world for Maxim Gorki Theatre’s International Playwriting Project »Krieg I’m Frieden – War in Piece«. As part of this project she wrote her latest play »Will you come with me?« and finished in 2018.

Since 2013 she is one of the instructors for the Sabancı University’s »Purple Certificate« programme which aims to enable high school teachers from 11 pilot cities to develop a critical gender perspective as part of the »UN Joint Program for Promoting the Human Rights of Women.« Since 2015, Celkan runs performative story writing and narration workshops for the tour-guides of Sabanci University’s Gender and Women’s Studies Forum’s »Curious Steps: Gender and Memory Tours« programme.

She established Y+O in 2016. Y+O is a platform dedicated to developing emotional intelligence. She is creating projects, game-based learning workshops and contents such as gender mainstreaming, diversity, team work, power of »we«, ethic management, trust building, creating innovative approach.
She is consulting and working with multinational corporations and also with local holdings. Her latest play »Will you come with me?« premiered in Istanbul 29th of January 2019 PUBLISHED BOOKS: